Awards - Deputy of the Year 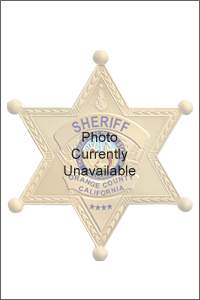 Deputy Chris Lamberta joined the Orange County Sheriff’s Department in 2005 as a Sheriff’s Special Officer (SSO). Chris worked both at the James A. Musick Facility and Central Court Justice Center. Chris became a Deputy in 2007 when he graduated with class #180. Chris was assigned to the Theo Lacy Facility for 7 ½ years before being assigned to the City of San Clemente. Chris has been a patrol deputy for the last 5 years.

Chris is an outstanding member of our department where he is known for his strong work ethic and is an experienced Field Training Officer (FTO). Chris is patient, diligent and emphasizes the importance of attention to detail. While Chris is training new patrol deputies, he makes every effort to stay extremely proactive. Chris is a seasoned, experienced patrol deputy who is respected by both his peers and his supervisors.

Chris exemplifies leadership and is relied on to lead not only his team, but deputies within the city.  He is a skilled problem solver who understands and implements the department's mission combined with the ability to pass on information necessary to his superiors.  He has worked with several trainees who were struggling with the complexities of patrol.  His patience and work ethic has successfully prepared these deputies for the next phase of their careers.  Some of his successes are even now becoming FTO's in their own right.