Six Points For Kids (SPFK) is a deputy-driven program of the Orange County Sheriff’s Department (OCSD). SPFK was conceived and started by front-line deputies to give back to children and teens in our local community. The goal of SPFK is to equip kids for success.  It achieves its mission by partnering with various local charities and holding fundraising events. All OCSD personnel are encouraged to get involved. SPFK provides OCSD with opportunities to make an immediate, identifiable, positive impression in the lives of needy children in our community.

Each point on the Orange County Sheriff's Department star represents a focus area.

Shop With A Cop 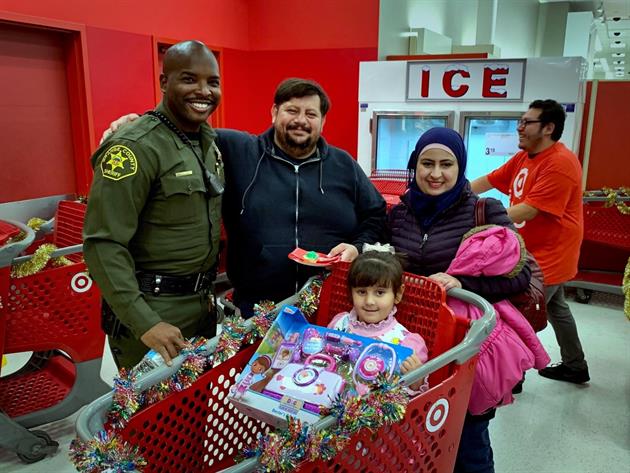 SPFK teamed up with Target in Stanton to benefit youth at Theriault House, an emergency shelter managed by the Illumination Foundation. With support from Southern California Gas, SPFK provided 22 children with gift cards of $100 to purchase what they wanted most for the holidays. 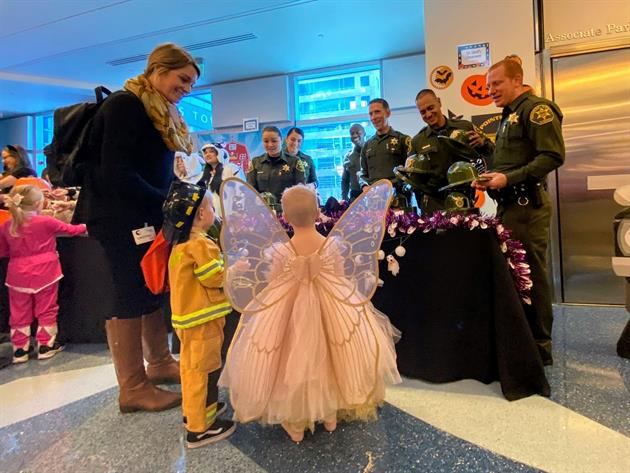 For the last three years, SPFK has been privileged to take part in the Children’s Hospital of Orange County to personally greet nearly 100 excited patients on Halloween. It was incredibly heartwarming to interact with the children whose spirits shined brightly despite their medical issues. 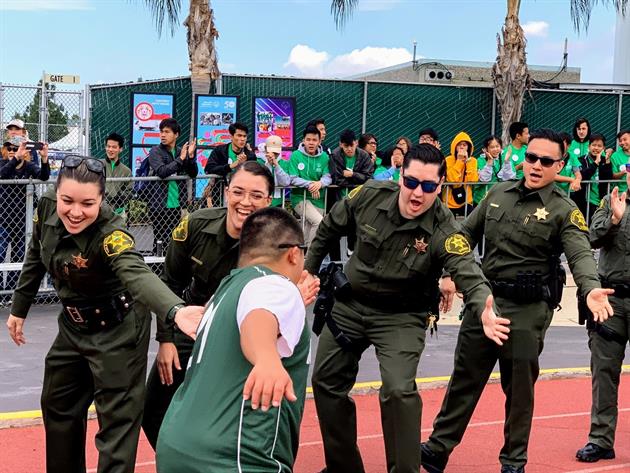 More than 50 OCSD uniformed personnel greeted Special Olympic athletes as they made their entrance during the Opening Ceremony of the Orange County Regional Spring and Fall Games.  OCSD personnel cheered on these inspiring athletes with words of encouragement and high fives. 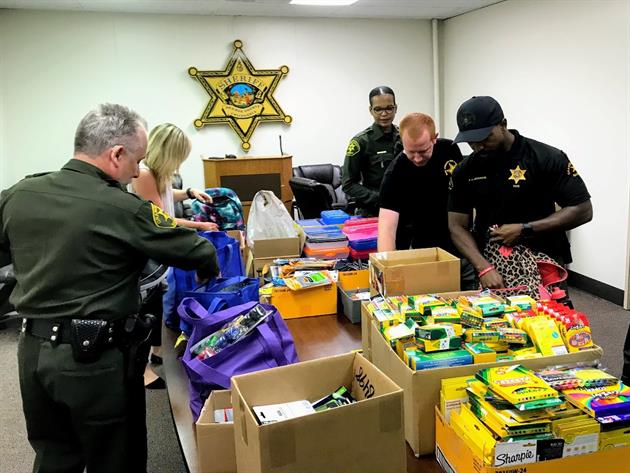 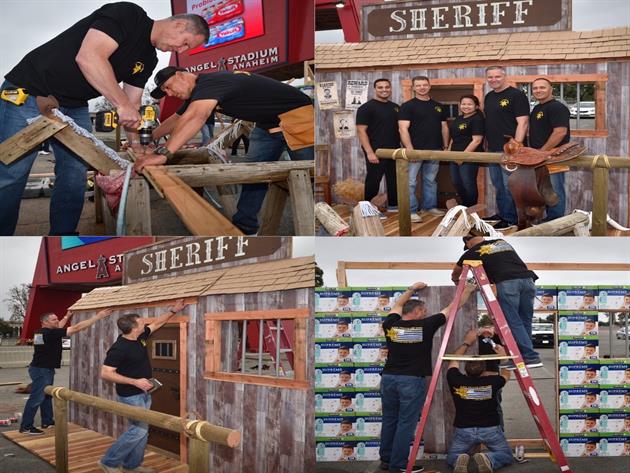 SPFK deputies donated their time, construction skills and more than 9,000 diaper to HomeAid Orange County at their Builders 4 Babies event.  The team created the façade of an old western Sheriff’s Office out of diaper boxes. 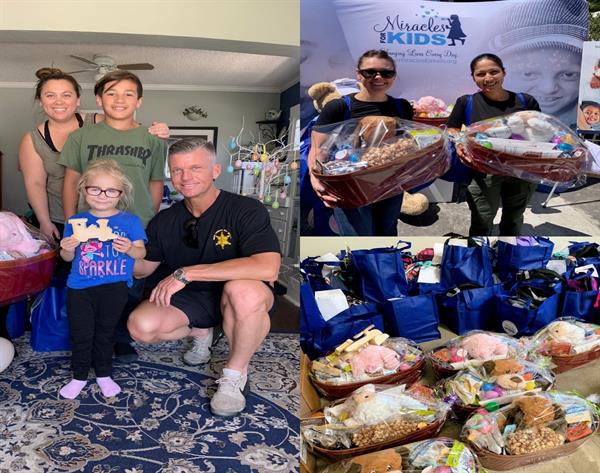 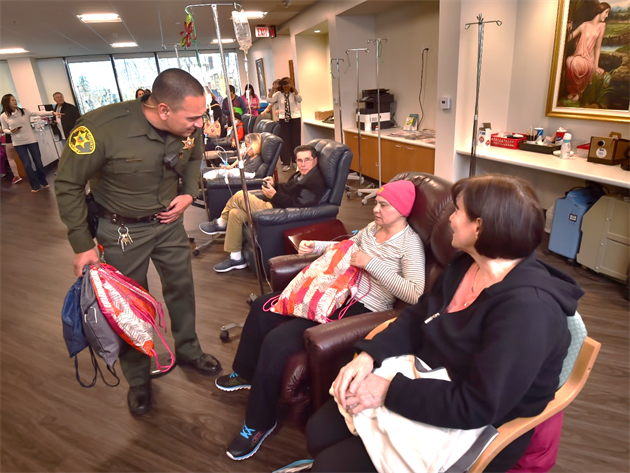 SPFK partnered with other local law enforcement agencies to sponsor and deliver care packages for patients receiving chemotherapy at the Compassionate Care Center in Fountain Valley. 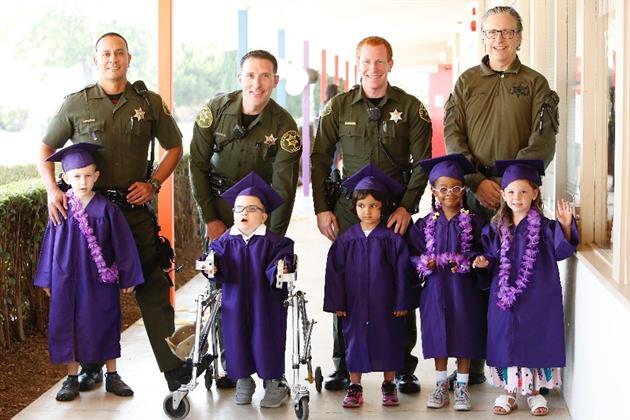 SPFK sponsored the graduation party of 15 pre-kindergarten students at the Blind Children’s Learning Center. It was a fun-filled day at Boomers Irvine! SPFK was also on hand at the graduation to celebrate the accomplishments of these amazing children. 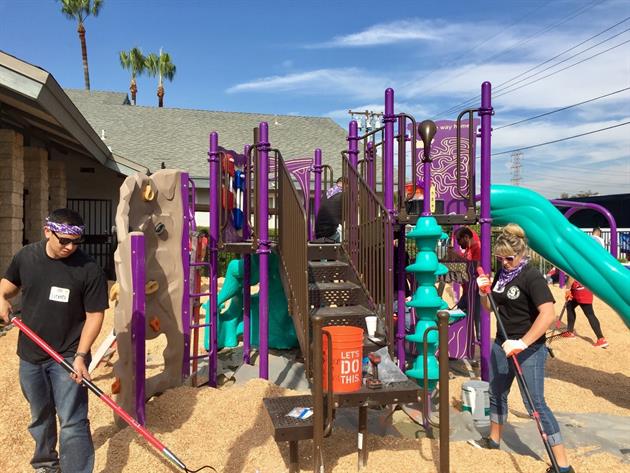 SPFK, in partnership with Community Action Partnership of OC, worked side-by-side with community members in one of our neediest neighborhoods to build a new KaBOOM! Playground for at-risk kids in just 6 hours! The playground located at Anaheim Independencia Family Resource Center will serve hundreds of kids and families. 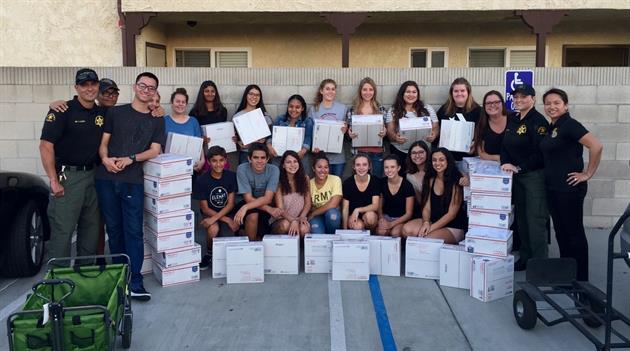 SPFK partnered with teens in Casa Youth Shelter’s Youth Leadership Program to assemble more than 50 holiday care packages for military troops overseas. SPFK worked with, San Pedro Packages For Patriots, who provided the boxes and will ship them to the troops. Each care package reaches a minimum of 10 people, so SPFK and the teens impacted the lives of more than 500 military men and women overseas during the holiday season.

For more information or to get involved, contact SPFK at SixPointsForKids@ocsheriff.gov.