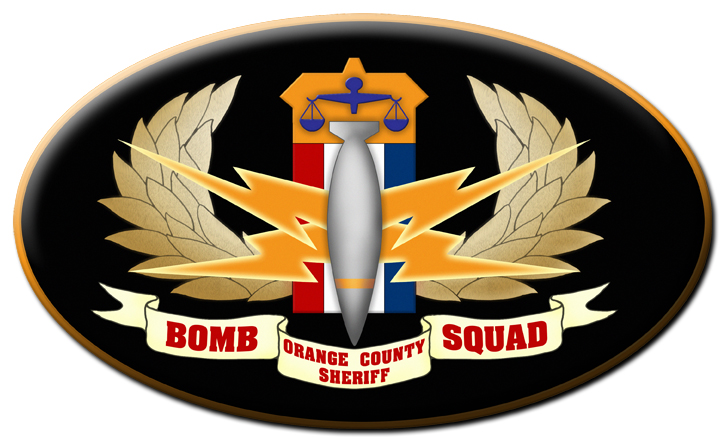 The Orange County Sheriff's Department Hazardous Devices Section is made up of 18 members, with one sergeant and four investigators assigned full time to the squad. There are twelve additional bomb technicians: three at the John Wayne Airport, three assigned to investigation units, one to Transportation, one to OCTA, one to Court Operations and two to the jails. Additional staff includes one alternate currently being trained as bomb technician. Since September 11, 2001 the bomb squad has increased in size by sixty percent.

The Hazardous Devices Section provides expert explosive/ bomb disposal technicians capable of immediate response to all government jurisdictions within Orange County. They are also one of the primary responders to incidents of actual or suspected weapons of mass destruction. The Hazardous Devices Section is charged with identifying and rendering safe explosive devices and other explosive materials along with providing post-blast forensic services for all communities within the county. The section provides bomb attack countermeasures for dignitary protection operations. This task is greatly aided by eight bomb dogs, four assigned to the Hazardous Devices Section, three assigned to John Wayne Airport and one assigned to OCTA Services. The section is accredited as a public safety bomb disposal unit through the FBI Bomb Data Center, with each member classified as a Certified Bomb Disposal Technician.

Training is one of the most important aspects of the Hazardous Devices Section’s mission. Not only do all members participate in on-going training, they also conduct numerous annual “Officer Safety” and “Public Awareness” programs. These classes are taught through the Orange County Sheriff’s Department’s Training Division and are offered to all public safety agencies throughout Orange County. Other government agencies and private companies are offered presentations on development of bomb threat response plans and key personnel training. Section members also instruct classes in basic and advanced bomb scene investigations through the FBI Bomb Data Center. Since September 11, 2001, the amount of instruction we conduct and the amount of training we receive has greatly increased to answer the needs of the county.

The bomb technicians assigned to the section are augmented with state-of-the-art bomb disposal equipment. This includes robots, portable x-ray systems, bomb disposal suits, bomb search suits, radiological monitors, and total containment explosive vessels. This is in addition to numerous other tools, many of which were developed by members of this Section. The Orange County Sheriff's Hazardous Devices Section averages 600-800 requests for service yearly, which include rendering safe 50 to 80 improvised explosive devices each year.

The magnitude of the training program even reaches outside the United States. Bomb scene investigation classes and bomb technician classes have been presented to law enforcement and fire service personnel from Saudi Arabia, Kuwait and China. Through the International Association of Bomb Technicians and Investigators, the squad maintains a close professional liaison with other military and public safety bomb technicians around the world. Directors of the IABTI are elected by their peers to serve at the chapter, regional and international levels. Squad personnel have been elected to all offices of the IABTI including the office of International Director.

The Hazardous Devices Section is located in a 3,600 square foot building located at the OCSD Katella Training Facility, in Orange.