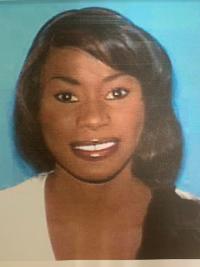 Misc Info:  She is originally from Jamaica so speaks with a slight but noticeable accent.