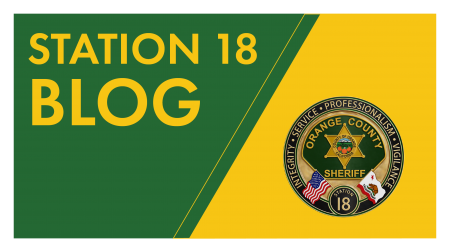 On a non-descript stretch of freeway during a routine traffic stop, one of the nation’s most prolific serial killers was caught.

Randy Kraft, convicted of murdering 16 men but suspected of having more than 60 victims, was arrested at about 1 a.m. May 14, 1983 after California Highway Patrol Officers observed him swerving on the 5 Freeway in Mission Viejo.

A failed sobriety test landed him in handcuffs, but the motionless body of the man in the passenger seat was the beginning of the end for a man who terrorized Orange County’s freeways, picking up unsuspecting hitchhikers only to torture and murder them.

“How’s my friend?” Kraft reportedly asked the officers who pulled him over that night; his tone composed and emotionless.

The officers tried to rouse the man they thought was sleeping but when they removed the jacket covering the passenger, they discovered the man was dead. The victim was a 25-year-old Marine corporal who had hitched a ride with Kraft to meet friends at a party.

Kraft is believed to have killed more than 60 men in at least three states from 1971 to 1983. He earned the moniker, “The Scorecard Killer” for the morbid catalog of his victims’ names he scrawled on a white sheet of paper.  Others called him “The Freeway Killer” -- a nod to his M.O. Kraft was known for targeting young male hitchhikers, many times along the freeway. After torturing then killing his victims, he discarded their bodies near freeway interchanges, in parking lots and, at times, in remote locations.

Five years into his killing spree, Orange County deputies responded to a remote area in Silverado Canyon where they found a murdered young man with shards of glass from a vodka bottle littered around his body.

Pieces of the bottle were collected and forensic scientists with the Orange County Crime Lab methodically fit together the dozens of jagged fragments. After reconstructing what remained of the bottle, they were able to collect fingerprints.

Those fingerprints were later matched to Randy Kraft after his 1983 arrest.

This critical piece of evidence helped build the case against Kraft, who was convicted in May 1989. The 75-year-old currently remains on death row at San Quentin state prison.