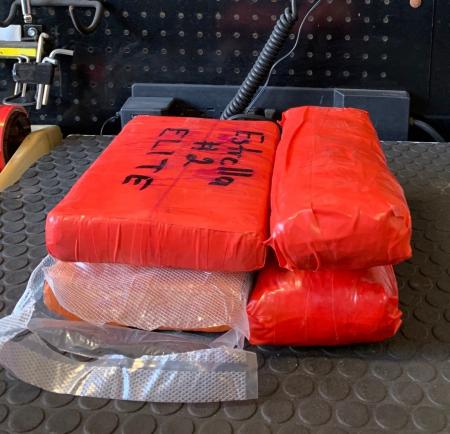 A traffic stop in South Orange County resulted in the seizure of two kilograms of fentanyl powder and more than 11,000 counterfeit pharmaceutical pills suspected to also contain fentanyl.

On Wednesday, February 17, at approximately 12:10 p.m., a deputy conducted a traffic stop of a 1990s Ford truck for a vehicle code violation.

Just two milligrams of fentanyl can be lethal. From the fentanyl powder seized alone, it is estimated approximately 1,000,000 lethal doses of the dangerous opioid were confiscated.

The driver was arrested and taken into custody for transporting and possessing the substances in order to sell them.

After a preliminary investigation, it is believed the narcotics were being smuggled into the United States from Mexico.

The Orange County Sheriff’s Department Narcotics Detail will conduct further investigation to attempt to determine the source of the illegal narcotics.