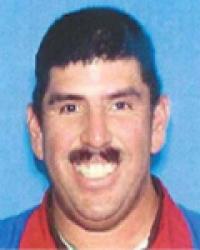 Mr. Ramos was last heard from in May of 2000, after being discharged from the U.S. Army where he was stationed at Fort Hood in Killeen, Texas. Mr. Ramos’ mother reported him missing to the Orange County Sheriff’s Department in California where Ramos is originally from and his family still resides. Ramos’ disappearance is uncharacteristic and it is highly unusual for him not to have contact with friends or family. Mr. Ramos’ family is concerned that he may have suffered some type breakdown after being discharged from the military and may be in need of medical attention. Recent developments in the case suggest that Mr. Ramos may be staying in various shelters in the Denver, Colorado area. The above photograph was taken from a Colorado Identification Card that was issued to him in 2008 under the name of Joseph Ramos.

Mr. Ramos did not have a vehicle at the time he was reported missing and would most likely be traveling on foot or by using public transportation.